A Wood Duck swims towards the camera casting reflections in the warm water below.

The wood duck is one of the most beautiful of the North American ducks. In the early 1900s, the species was considered in danger of extinction throughout its range due to market shooting, habitat loss, and hunting seasons that extended into the breeding season.

With the implementation of the Migratory Bird Treaty Act in 1918 between the United States and Canada, market shooting was outlawed and judicious hunting season lengths and bag limits were instituted. These changes, together with the construction and placement of nest boxes during the last seven decades, have resulted in a dramatic comeback of wood duck populations.

Wood ducks are among the most productive egg layers of all the duck species. This evolutionary adaptation occurs because wood ducks experience very high duckling mortality rates. If the first nest fails, the female will attempt up to 2 re-nests to raise a brood. 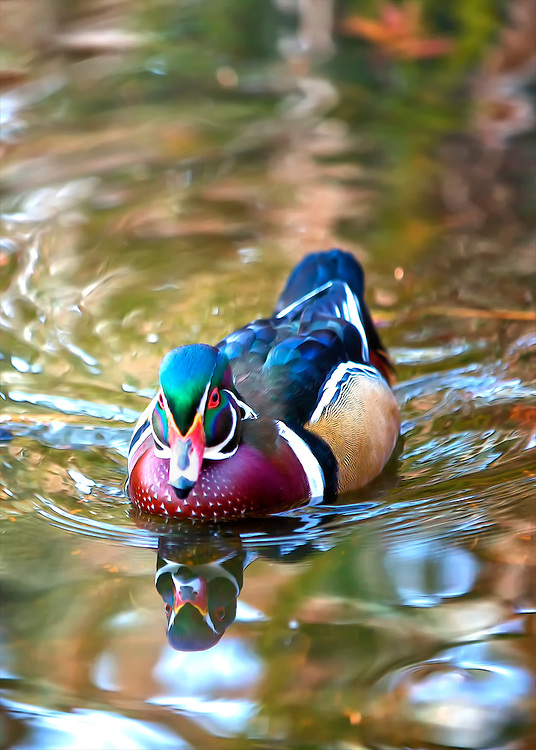