Some members continued to be unhappy and according to St. Paul 's records, the dissent was over doctrine. The first records of Friedens begin in 1904. Some family names appear in both the St. Paul and Friedens (Peace) records. Included in both records were the families of Henry Schewede, John Nienheuser, Jacob Boehm, Ernst Brakensiek, and John Doermann. Fourteen voting members had a dream of starting a new church by accepting the doctrinal statement of the German Evangelical Church Society of the West. This new church would eventually become the Friedens (Peace) United Church of Christ we know today.

The first minister was Rev. Stroetker, resident Pastor of St. John's Church in Cappeln. This was the beginning of a long history of sharing a minister with St. John's . The first service was held in German on August 28, 1904 , in the Peniel Methodist Church on Schutzen Street (now part of a private residence).

The property on which Friedens church is located was purchased from John and Laura Koelling in 1905 for $2,400. The building on the property had been used as a grocery store/saloon. Ernest Sudbrock was chosen as carpenter to do the remodeling, along with a lot of volunteer help. 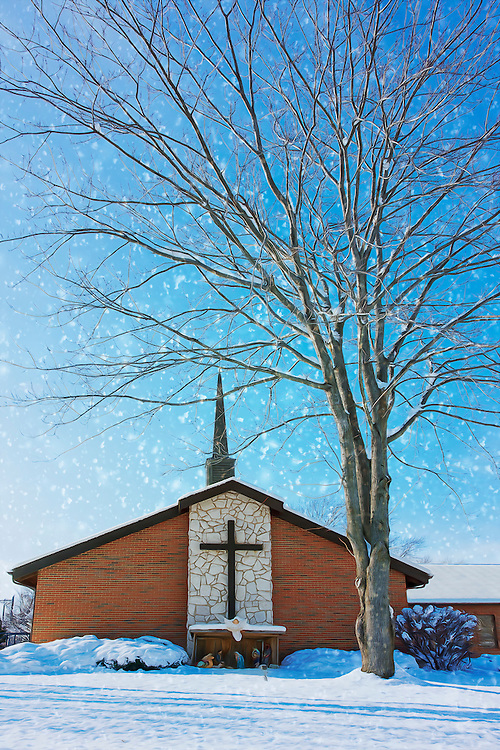