Taken on the Minnesota side of Lake Superior about 10 miles from the Canada border. The heavenly skies frame this vibrant wooded waterscape vista looking across the great lake.

Lake Superior is the largest of the five traditionally demarcated Great Lakes of North America. It is bounded to the north by the Canadian province of Ontario and the U.S. state of Minnesota, and to the south by the U.S. states of Wisconsin and Michigan. It is generally considered the largest freshwater lake in the world by surface area. It is the world's third-largest freshwater lake by volume.

The lake is fed by over 200 rivers. The largest include the Nipigon River, the St. Louis River, the Pigeon River, the Pic River, the White River, the Michipicoten River, the Bois Brule River and the Kaministiquia River. Lake Superior drains into Lake Huron by the St. Marys River. 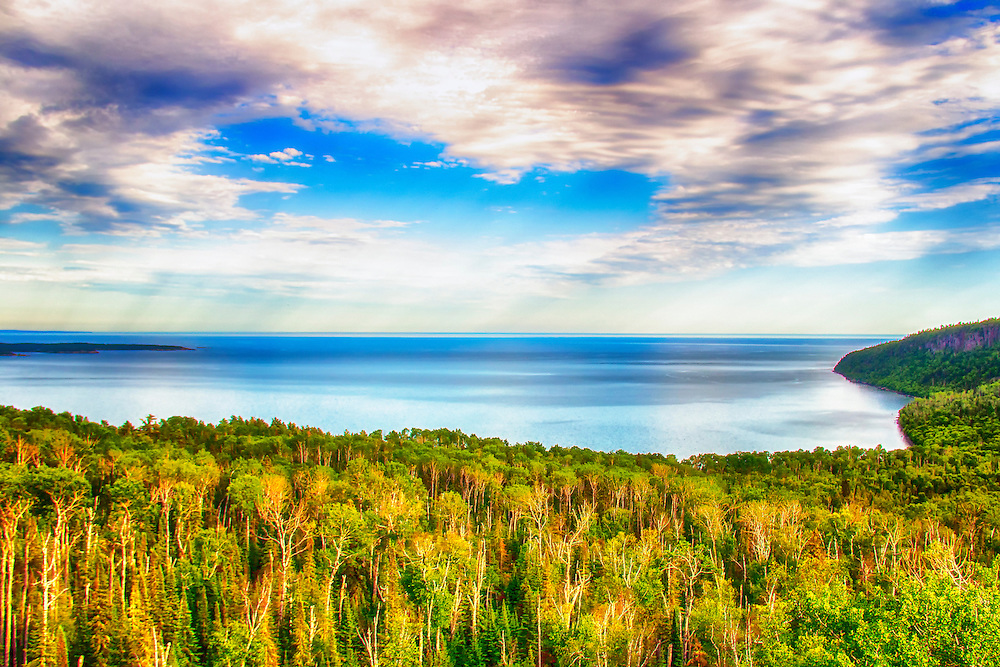