A Seat With A Golden View

A golden view of Lake Superior along Minnesota's North Shore. This shot was taken at The Naniboujou Lodge and Restaurant.

Naniboujou Lodge was first conceived in the 1920's as an ultra exclusive private club. Babe Ruth, Jack Dempsey and Ring Lardner were among its charter members. A membership of 1000 was originally sought, but when the stock market crashed on "Black Friday" precipitating the 1929 depression, the club began to fail. In the mid 1930's the club reached a state of financial shambles. The mortgage was foreclosed, and it was sold.
Throughout the succeeding years the Lodge has been owned and operated by various corporations or private individuals and families. Today you will find an exciting revitalized Naniboujou. Still reflecting the aura of the 20's, Naniboujou is now on the National Register of Historic Places. The Lodge boasts Minnesota's largest native rock fireplace, a 200 ton work of art which stands in the 30 x 80 foot Great Hall (now the dining room) 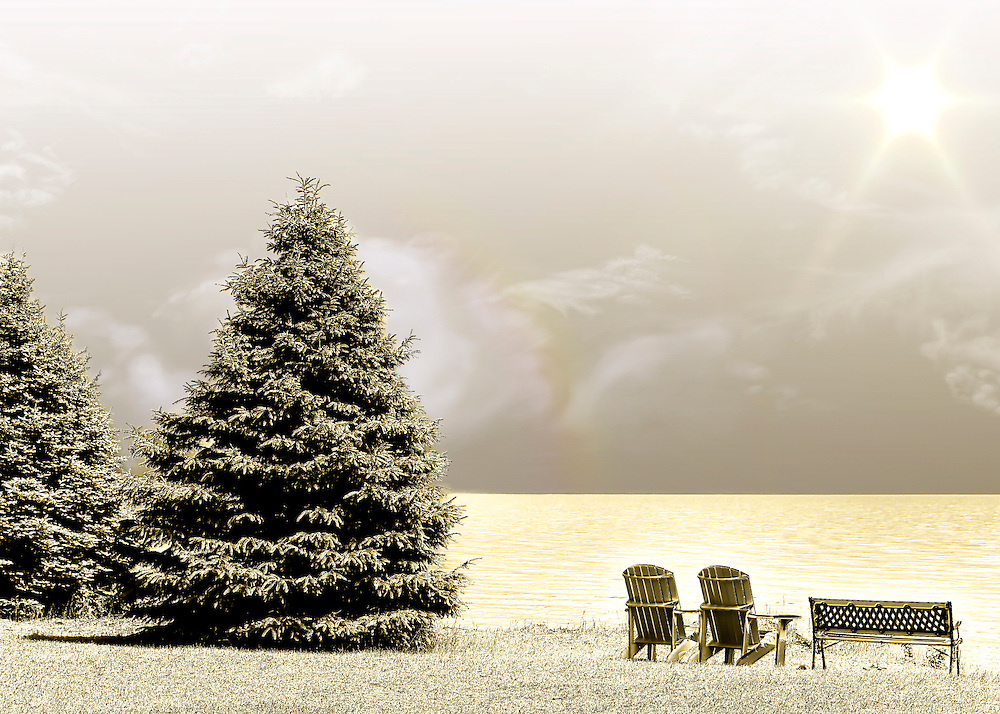