Yes even a robin can have some majesty and prowess.

The quintessential early bird, American Robins are common sights on lawns across North America, where you often see them tugging earthworms out of the ground. Robins are popular birds for their warm orange breast, cheery song, and early appearance at the end of winter. Though they're familiar town and city birds, American Robins are at home in wilder areas, too, including mountain forests and Alaskan wilderness.

The American Robin or North American Robin is a migratory songbird of the thrush family. It is named after the European Robin because of its reddish-orange breast, though the two species are not closely

A distinctive, potbellied bird. Forages on lawns and other areas of short vegetation for earthworms and other invertebrates in a run-and-stop pattern typical of terrestrial thrushes. Adult: depending on sex and subspecies, head, with white eye arcs, varies from jet black to gray, with white supercilia and throat, blackish lores and lateral throat stripe. Underparts vary, often in tandem with head color, from deep, rich reddish maroon to gray-scalloped, peachy orange. Males tend to be darker, females grayer, but overlap makes determining sex of many problematic. 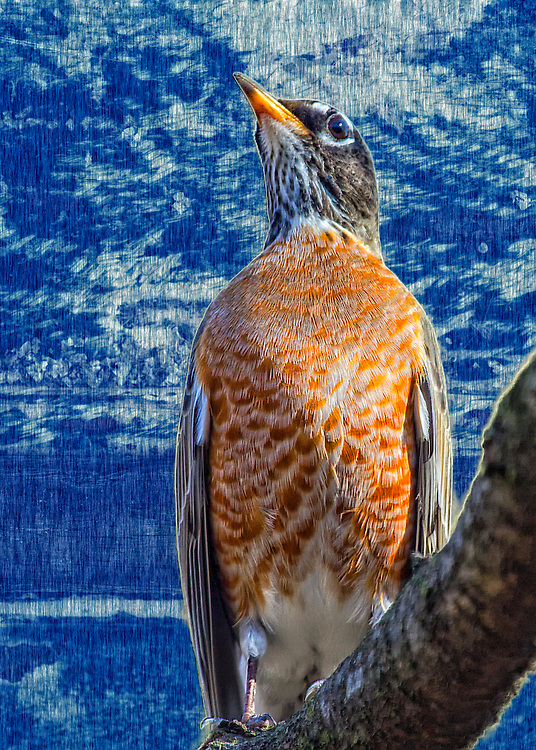