Double-crested Cormorants are large birds, growing over two feet long, with a wingspan of four feet.

They are mostly black with an orange throat. They have a long neck and webbed feet.

During breeding season, males have two curly black crests on their heads.

Cormorants are water birds, and are found at lakes, rivers, streams, marshes, bays, and coasts. They are great swimmers and divers, as well as good flyers.

In breeding season, cormorants gather in colonies and build nests out of sticks, twigs, feathers, grass, bark, and trash. They have been known to also include pebbles and parts of dead birds. 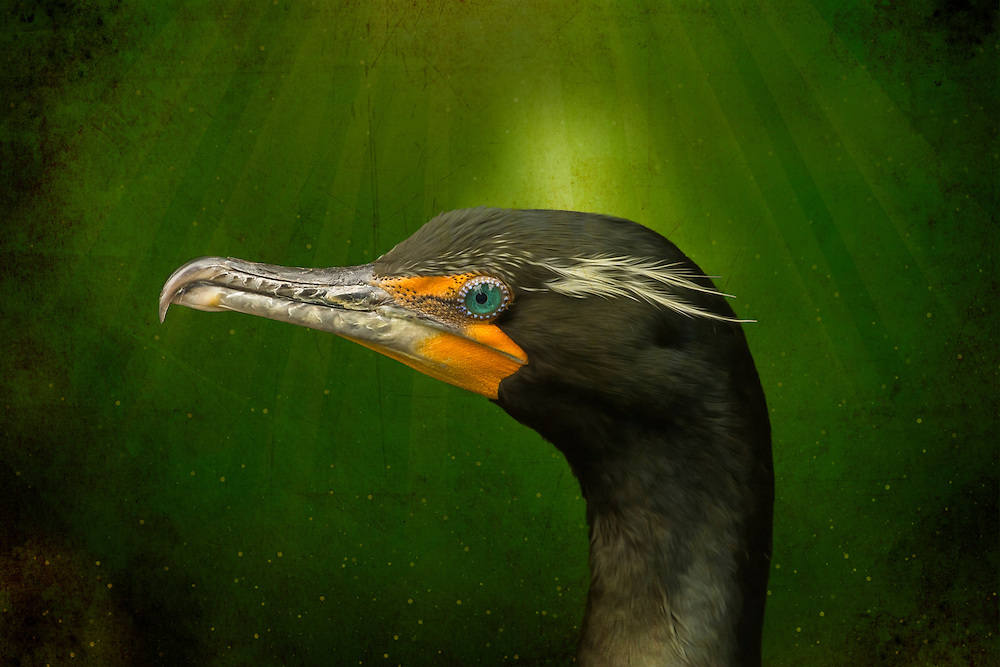