Donald is a Golden Eagle Ambassador at the National Eagle Center in Minnesota. Donald had his right wing broke in two places when he was hit by a car in California. Donald can no longer sustain flight due to his injury...Golden eagles can be found around the world in the northern hemisphere. Due to Donald's accident he is now able to help visitors at the National Eagle Center understand and learn about the life and habitat of golden eagles. 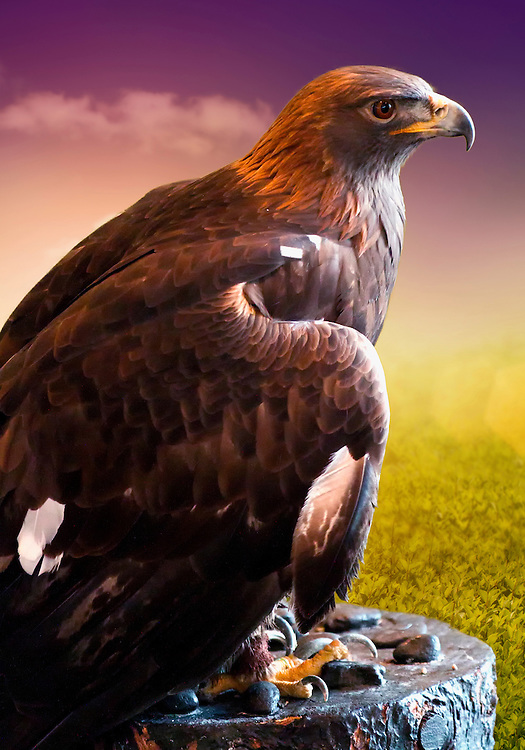