Like most owls, the Great Horned Owl makes great use of secrecy and stealth. Due to its natural-colored plumage, it is well camouflaged both while active at night and while roosting during the day. Despite this, it can still sometimes be spotted on its daytime roosts, which are usually in large trees but may occasionally be on rocks. This regularly leads to their being mobbed by other birds, especially American Crows (Corvus brachyrhynchos). Since owls are, next to Red-tailed Hawks, perhaps the main predator of crows and their young, crows sometimes congregate from considerable distances to mob owls and caw angrily at them for hours on end. When the owls try to fly off to avoid this harassment, they are often followed by the corvids. 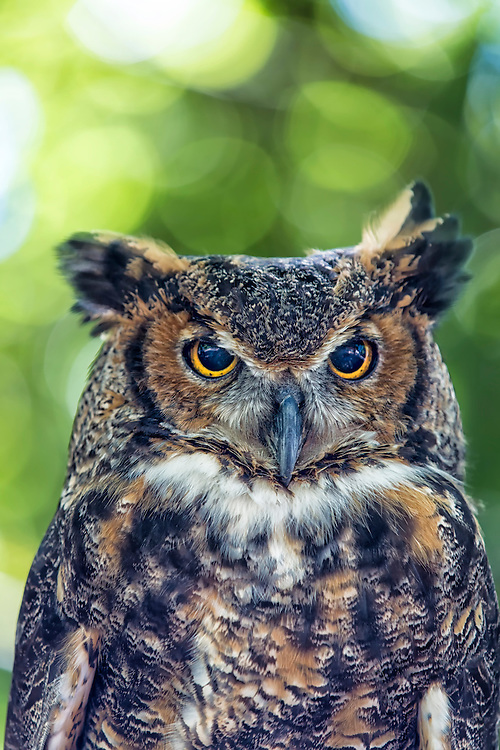